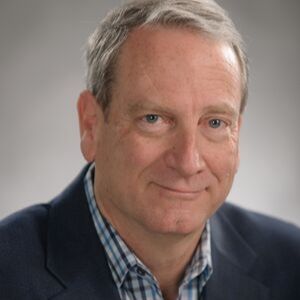 Silicon Valley Space Club
Bruce Pittman is currently working as a contractor at the NASA Ames Research Center in Silicon Valley where he is the Chief System Engineer in the NASA Space Portal Office.  In this position he supports the Space Technology Mission Directorate at NASA Headquarters on programs ranging from orbital applications of the International Space Station and other orbiting commercial facilities to low cost, reliable access to space, reusable space infrastructure as well as cis-lunar commercialization.  The Space Portal’s latest initiative is a plan for returning to the Moon using public/private partnerships. Bruce also leads the Space Portal support of the Frontier Development Lab summer study program with the SETI Institute.
Mr. Pittman started his career working as a civil servant at NASA Ames for 11 years on a number of space projects including Pioneer Venus, Infrared Astronomy Satellite (IRAS), Cryogenic Grating Spectrometer on the Kuiper Airborne Observatory, Space Station Freedom Technology Advocacy Group, and several advanced studies programs including Study Manager for the Large Deployable Reflector (LDR) a 20 m diameter infrared telescope.
Mr. Pittman has also been a founder and member of the startup team in a number of early growth companies including SpaceHab, Kistler Aerospace, New Focus, Product Factory and Prometheus II Ltd.  As a consultant Mr. Pittman has worked with many Fortune 500 companies including Westinghouse, Northrop Grumman, Varian, Texas Instruments, TRW and Boeing as well as government agencies including NASA and DOE.
Mr. Pittman has a BS in Mechanical/Aerospace Engineering from U. C. Davis and a MS in Engineering Management from Santa Clara University.  Mr. Pittman is an Associate Fellow of the American Institute of Aeronautics and Astronautics (AIAA) and is the chairman of the AIAA Commercial Space Group.  He was also the founder and first chairman of the AIAA System Engineering Technical Committee and also the co-founder and president of the Silicon Valley Space Club.  In 2012 Mr. Pittman was elected to the Board of Directors of the National Space Society (NSS) and in 2013 he was elected by the Board as Senior Vice President and Senior Operating Officer of NSS.  He is an advocate of the Space Frontier Founding and has authored or co-authored over 4 dozen papers on a technical, management and business topics in aerospace and high technology.  He has co-authored two book chapters in Beyond The Earth:  The Future of Humans in Space and Space Commerce:  The Inside Story.  In addition to his technical work Mr. Pittman has also been a member of the adjunct faculty in the Graduate Engineering School at Santa Clara University for over 30 years.
For his technical work Mr. Pittman has been awarded 2 NASA Special Achievement Awards and four NASA Group Achievement Awards.  In 2011 NASA award him the Exceptional Public Service Medal for “exceptional leadership in pioneering the development of commercial space for public benefit”.  In 2012 he was presented with the “Service to the Frontier” award by the Space Frontier Foundation and in 2015 he was presented the Space Activist of the Year award by the National Space Society.