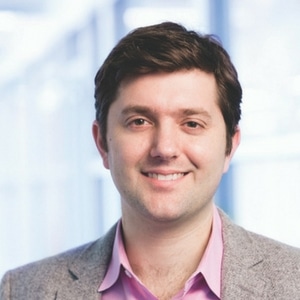 Jason Kelly is the co-founder and CEO of Ginkgo Bioworks. Ginkgo genetically engineers “made-to-order” microbes for customers in the chemical, pharmaceutical, food, and energy industries. The company recently raised over $430M in venture capital to expand their automated genetic engineering foundries and has partnerships with companies including ADM, Cargill, and Ajinomoto. They recently announced a $100M joint venture with Bayer to develop microbes to make crops self-fertilizing and in 2017 Ginkgo was selected #7 on CNBC’s Disruptor 50 List of fast-growing companies. Prior to Ginkgo, Jason received B.S. degrees in Chemical Engineering and Biology and a PhD in Biological Engineering all from MIT.