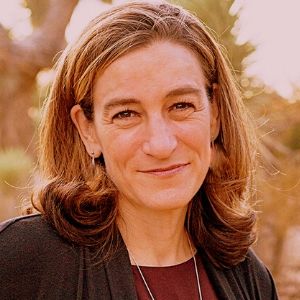 Loretta Hidalgo Whitesides has been a Founder Astronaut with Virgin Galactic since 2005. She leads leadership development training for Virgin Galactic, Virgin Orbit and The Spaceship Company staff and continues to write and give talks on the power of space to shift our perspective, connect us with each other and our home planet and become the kind of species we would be proud to send to the nearest star.

She studied astrobiology at Stanford and Caltech, worked in NASA's Astronaut Office in Houston Texas, did research on plant life in the Canadian Arctic, dove to the bottom of the ocean with Titanic Director James Cameron to film the IMAX Aliens of the Deep, floated weightless hundreds of times as a Flight Director for Zero Gravity Corporation, studied terraforming Mars with Dr. Chris McKay of NASA Ames, worked for the X Prize Foundation during the $10M winning Ansari X Prize flights in 2004, helped launch the Space Generation Advisory Council in 1999, and Co-Created Yuri’s Night, The World Space Party in 2001 which she still hosts in L.A. and at NASA Kennedy Space Center every April.

She has written a book called, "The New Right Stuff: Using Space to Bring out the Best in You." Loretta currently lives in the desert outside Los Angeles with her husband George and their two kids.