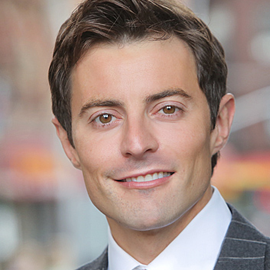 Thor Halvorssen is a human rights advocate and film producer. Described by the New York Times as “a champion of the underdog and the powerless,” he began advocating for human rights as an adolescent in 1989 in London by organizing opposition to South African apartheid. Halvorssen’s background is Norwegian and Venezuelan. He became involved full-time in the promotion of due process and individual rights after his father became a political prisoner in Venezuela. He founded the New York-based Human Rights Foundation after his mother was shot during a political protest there in 2004. HRF is devoted to liberating political prisoners and to promoting tolerance and democracy in Latin America. Since its founding, HRF has secured the release of seven prisoners of conscience; provided evidence to Truth Commissions; submitted amicus briefs in major international human rights cases, and published two books on individual rights and responsibilities of the state. Mr. Halvorssen is founder and CEO of the Oslo Freedom Forum, an annual global gathering described by The Economist as a “spectacular human-rights festival... on its way to becoming a human-rights equivalent of the Davos economic forum.” He is the Patron of the Prague-based Children’s Peace Movement; On Own Feet.